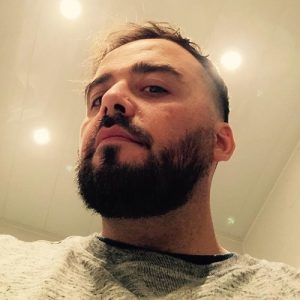 Born in Uruguay, since 2002 lives in Barcelona where he develops his musical career. Composer and electronic alchemist, restless investigator of latest trends, Fernando knows how to delight the audience with his particular melting pot of techniques and styles, where he champions the power of glitches, the evanescence of ambient and the freshness of minipop evolving into a more techno-oriented sound at low revs combined with electronic flying melodies, plenty of hardware and synthesizers.

In the mean while Fernando Lagreca has made a name for himself with a number of albums and EPs under his belt and playing hardware-only live sets at festivals such as Sónar, ElectroSplash, BIME, Verboten, Manrusionica, Peacock Festival, ADE, just to name a few, and venues such as Razzmatazz, The Warehouse, Input Barcelona, Loftas Lithuania, Laut, and Dabadaba, among others. As a producer he released some really nice stuff on labels of the likes of Sincopat, Chrom Recordings, Solar Distance, Dear Deer Black and Lost On You. And of course outstanding remixes for crucial artists such as Affkt (Sincopat’s head-honcho) and Greg Kozo among others, as well as being support artist of Jan Blomqvist in his presentations in Spain.