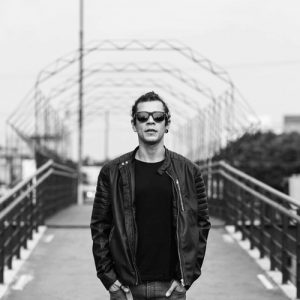 Victor Ortiz a.k.a. The Note V is a Mexican Electronic Music producer that begins at the end of 2012 with a concept focused on reflecting jis experiences through music, telling stories through sounds. He is also part of the live project Trece Veinte (13:20), a live act inspired by the ancient Mayan Culture, and residents of the Esto Es Tulum Festival in Mexico

Till this day, he continues taking strength performing his Live Act in different parts of Mexico and in 2017 was his first tour in Europe. Since then he was playing in different countries & cities like Lisbon, Berlin, Belgium, London, Ibiza, the Amsterdam Dance Event giving the next step to his career.